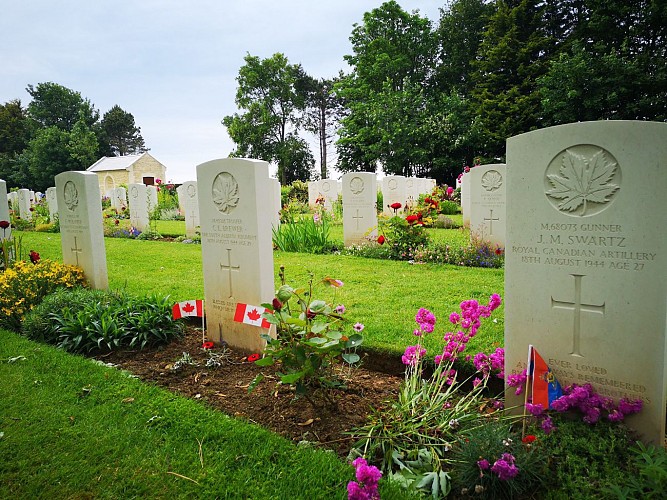 It is in this Canadian military cemetery in Bény-sur-Mer Reviers that the 335 soldiers of the 3rd Canadian Division who landed on June 6, 1944 in the Juno Beach area and were engaged in the fighting lie. Most of these buried soldiers were killed in June and early July 1944 during the Battle of Caen and on D-Day in the terrible clashes on the beach. Canadian prisoners of war executed by the SS-Panzer Hitlerjugend at Ardenne Abbey are also buried in this cemetery. Of the 2,049 graves, there are also 1694 Canadian soldiers and 15 airmen who fell in the fighting from the advance inland, as well as one airman, three British soldiers and one French soldier.