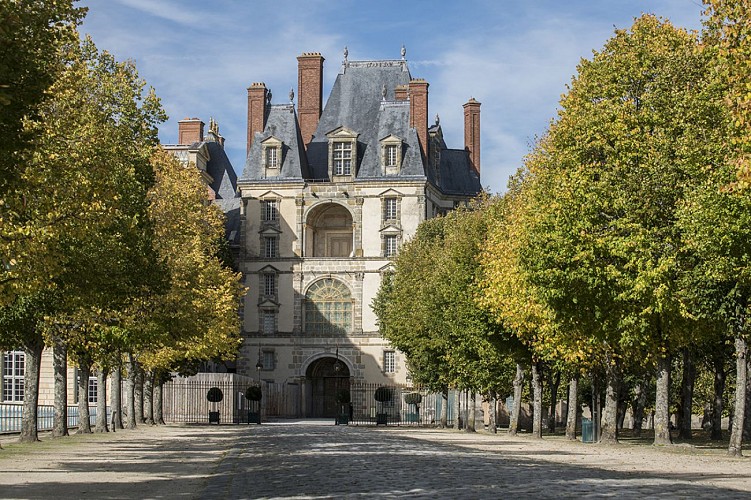 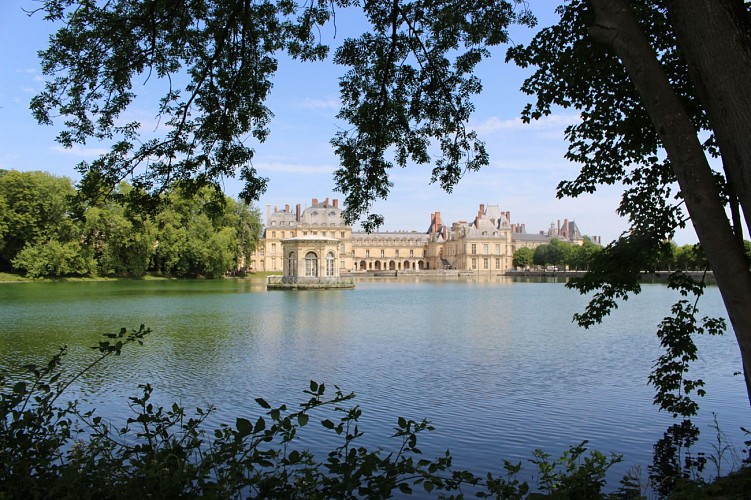 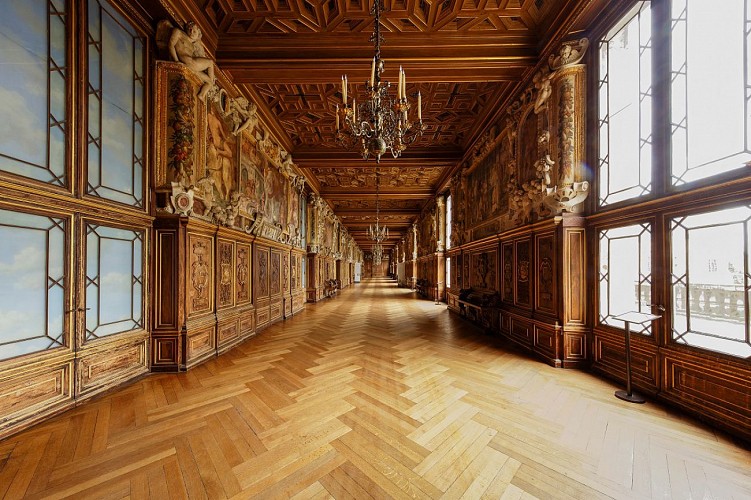 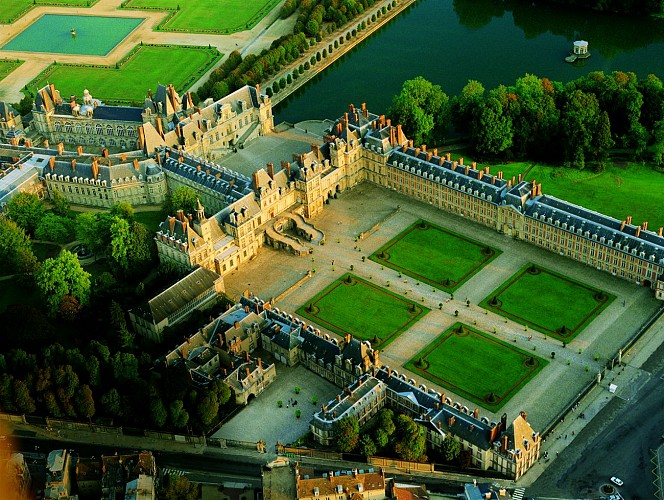 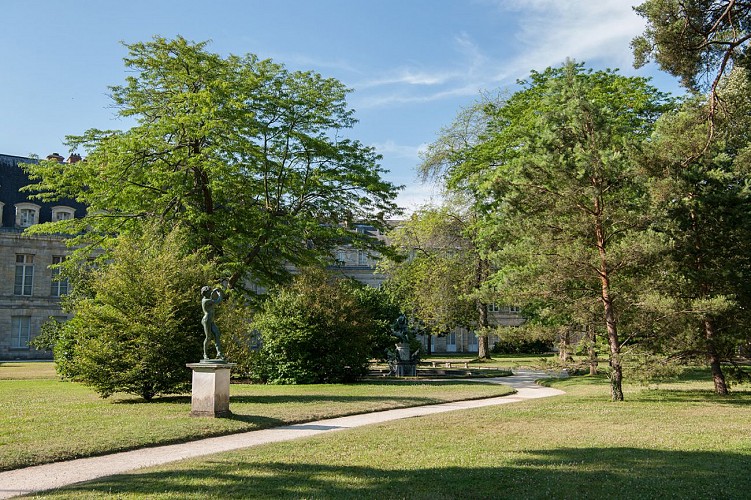 The Château de Fontainebleau is a big part of French history! This vast building, in both classical and Renaissance style, is not only famous for witnessing Napoleon's imperial adventure.
From the royal charter of 1137 to the fall of the Second Empire in 1870, the Palace of Fontainebleau saw the lives of the greatest French sovereigns from day to day.
The original medieval fortress was replaced by a Renaissance palace under the guiding hand of Francois I. At that time, two Italian artists, Primaticcio and Il Rosso vied in talent and founded the first School of Fontainebleau.

The Galerie François I, which leads from the royal apartments to the chapel of the Convent of the Holy Trinity, is most original with its décor of frescoes, stucco and carved wood in praise of François I.

The Ballroom was completed at the time of the last Valois kings, under Primaticcio’s direction.
With Henri IV, the new Bourbon dynasty took over the palace, and built new rooms with interior decoration placed in the hands of the artists of the second School of Fontainebleau. Louis XIII completed the work started by his father. Under the Sun King Fontainebleau continued to be the royal family home, and the Grand Dauphin was born there in 1661.
The king’s nieces were married from Fontainebleau, and the Edict of Nantes was revoked there in 1685.

Louis XV and Louis XVI would spend the autumn there and initiated new, large scale building works and interior doing-ups. After the French Revolution, Napoleon I found the palace completely emptied of its furniture but intact. He undertook to refurnish the apartments and brought the palace back to its former glory as the home of the sovereign.
Napoleon Bonaparte spent his last days there before his abdication in 1814 and departure for the Elba.
Louis-Philippe was the first sovereign to order a complete restoration of Fontainebleau.
The restoration of the Empire in 1852 gave renewed importance to the palace, and Napoleon III became strongly attached to this home, staying there regularly with his court.

Housed in the Louis XV wing, the Napoleon I museum is dedicated to the Emperor and his family, with a large collection of objects from his everyday life, weapons used in military campaigns and gifts he received.
The Chinese museum, created by Empress Eugenie, displays works of art from the Far East.
The Jeu de Paume court, thought to be the oldest of the three surviving in France, is open to the public with demonstrations and introductory games.

Le Nôtre's French gardens, the Queen’s English garden with its Fountain of Diana, the hedge maze and the Cour des Adieux are open to the public all year round. Boat excursions on the Etang aux Carpes or horse-drawn carriage rides are available. The Domain of the Fontainebleau Palace is inscribed at the UNESCO Humanity World Heritage.

There is a little train going around the gardens during the touristic season.

Every day throughout the year.
Closed on Tuesday.
Closed exceptionally on January 1st, May 1st and December 25th.

• By train
50 minutes away from the Gare de Lyon (mainline train) is the Fontainebleau-Avon station; once there, take a bus on line 1 and stop at La Poste-Château