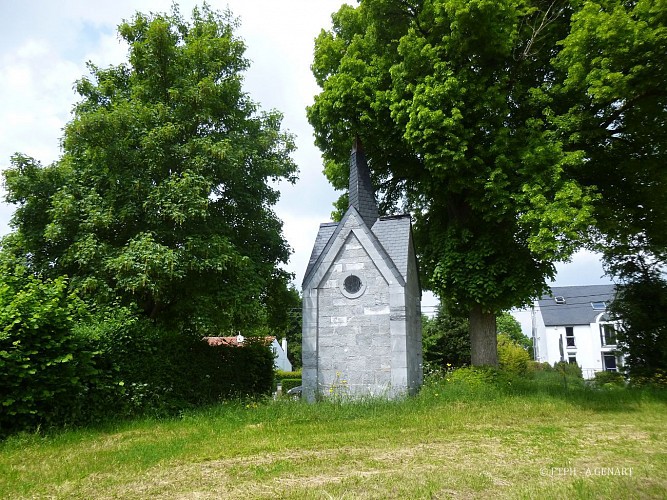 Saint-Roch chapel, dedicated to Our Lady of Victory, is situated in the locality called "les Trois Arbres" (the Three Trees). The Emperor went there on 15 June 1815 around 9:30pm to inspect several corps.

Upon his return to power in March 1815 Napoleon noticed the deplorable state of the finances of the French state and the shortcomings of the army in terms of equipment and supplies. Napoleon poured everything into his war effort during the spring of 1815. Faced with foreign threats and despite difficulties acquiring raw materials, the Decree of 29 March 1815 required all workers exempt from military service to go to work in the Imperial factories mass producing weapons and uniforms. 235,000 rifles were manufactured in a matter of weeks. The effort was so comprehensive that the army which marched before Napoleon on 15 June had all its equipment.