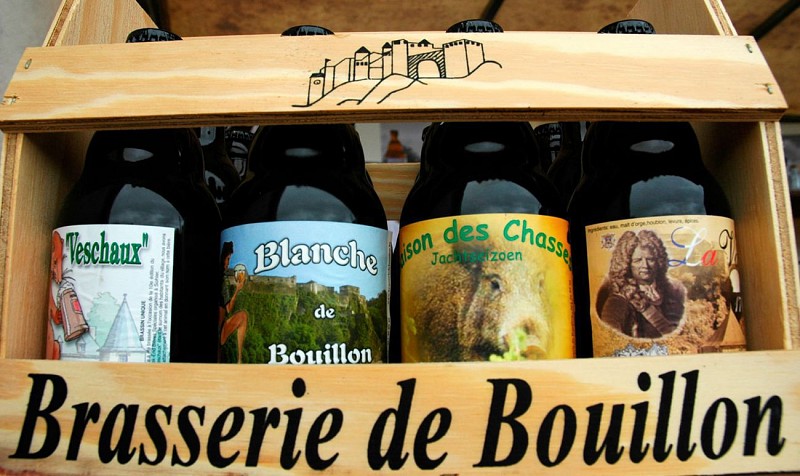 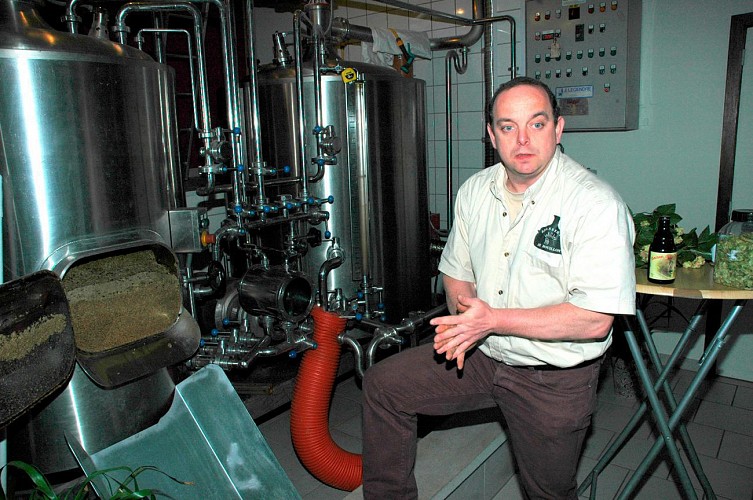 In the 1990s, two young enthusiasts of the region took up the challenge of creating a beer produced in Bouillon itself, intended to captivate both tourists and locals. When he first started, Jacques tested his knowledge and developed his know-how at the back of the shop run by Nathalie, his wife. He researched, developed a delicious beer and first tested it by selling it in the grocer’s store, the ‘Marché de Nathalie’. And it worked! He soon took the plunge: the Bouillon brewery was born. Its success has continued since 1998. The range of beers has been expanded, with something to suit every taste. The Blanche de Bouillon (blanche flavoured with coriander and orange peel), the Cuvée de Bouillon, the Bouillonnaise (brown), the Vauban (blonde) or the Saison des Chasses carry on the great success story of these two of lovers of Bouillon…