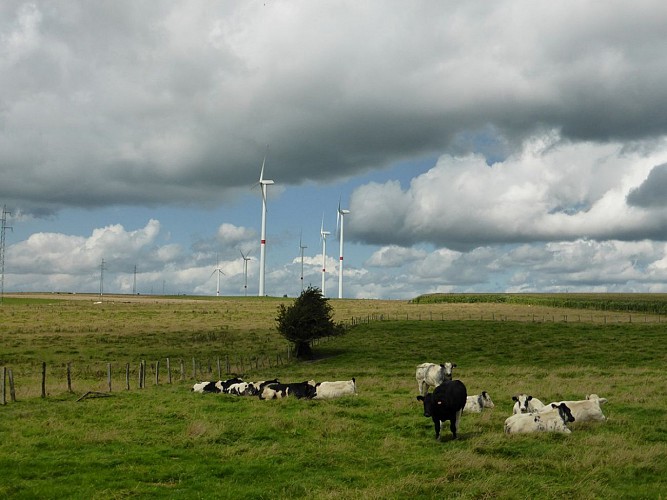 In 1999 Sainte-Ode became the first municipality in Wallonia to build a wind farm. Since then six new wind turbines have been added to the six first ones. You can take your car up to the foot of these giant windmills to see how they transform the kinetic energy of the wind into electrical power.

It is possible to take a guided tour of both the outside and inside of a wind turbine, followed by a presentation about how wind turbines are built – unique in Belgium! Unfortunately visitors are not allowed to climb up to the turbine itself. For groups or families book by ringing +32 (0)479 87 15 77.

After your visit return to Rechimont and continue your tour by following the valley of the Laval to Morhet.
Rechimont – 6680 Sainte-Ode