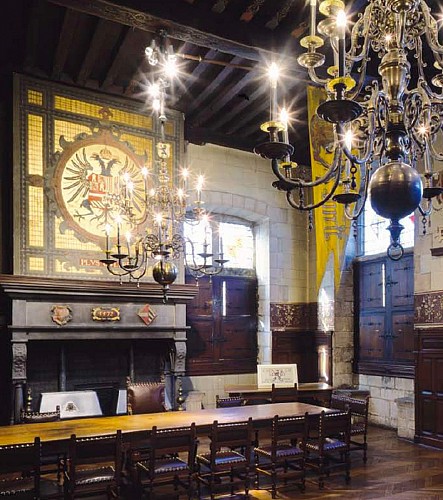 The city hall and the belfry

The origins of Binche’s town hall, on the Grand-Place, are closely associated with the economic development of the town – which was the site of a main meat market – and the emergence of municipal freedom, of which the belfry, now on the UNESCO World Heritage list, is another potent symbol.

The three ground-floor arches and the base of the belfry date from the 14th century.

The town hall was remodelled by Jacques Du Broeucq in the 16th century and altered again towards 1770 by Laurent-Benoît Dewez in the neo-classical style, and it regained its initial appearance at the end of the 19th century.

The belfry also houses a clock and a 16thcentury carillon.

Town Hall listed as an exceptional heritage site of Wallonia