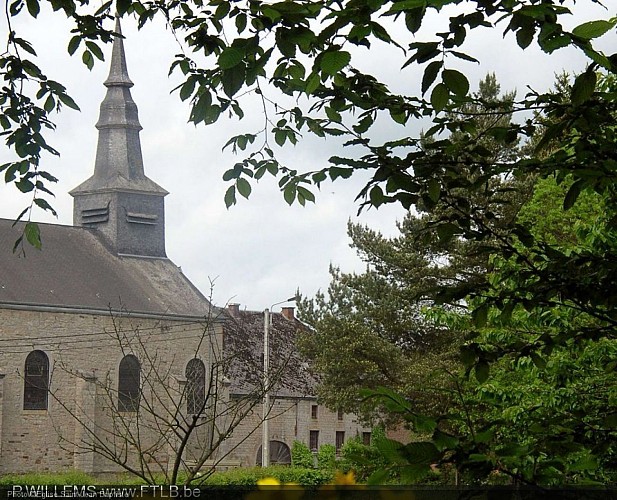 This neo-classical church was built between 1854 and 1855. The central altar has a revolving tabernacle and a painting from the second half of the 18th century represents the beheading of Saint-John the Baptist. Ambly sits astride the Famenne and the Ardennes, and its hilly landscapes offers visitors many magnificent panoramas. This charming village totals approximately 400 inhabitants. Numerous – exquisitely restored – 19th century stone farms are scattered throughout the village, as well as a few half-timbered houses. The village of Ambly was for a long time a bone of contention between the Duke of Luxemburg and the Bishop (also Prince) of Liège. The village remained a fiefdom of the County of Rochefort (and as such, part of Namur) until 1976, when the councils were merged.