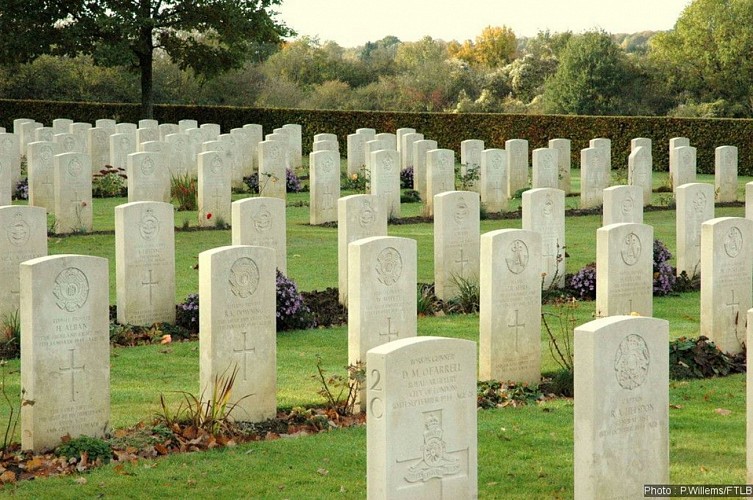 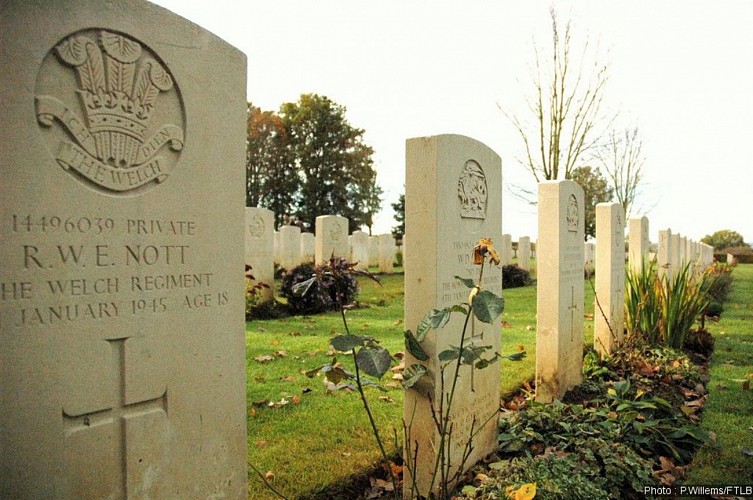 In this cemetery, young soldiers from across the Commonwealth rest in peace. Most of them were killed trying to fight back the Germans’ last major offensive of the war. This marked the beginning of the Battle of the Ardennes (known on the other side of the pond as the “Battle of the Bulge” in December 1944. The cemetery hosts the graves of 88 Canadians, 41 Australians and ten New Zealanders, as well as a British war correspondent and a Polish airman.