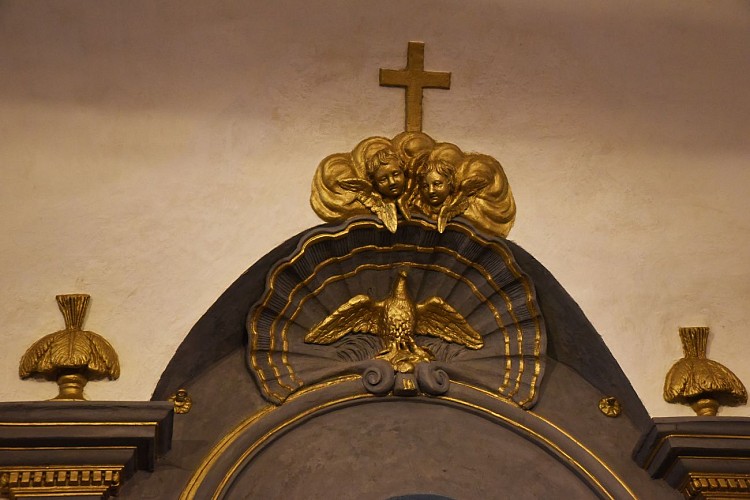 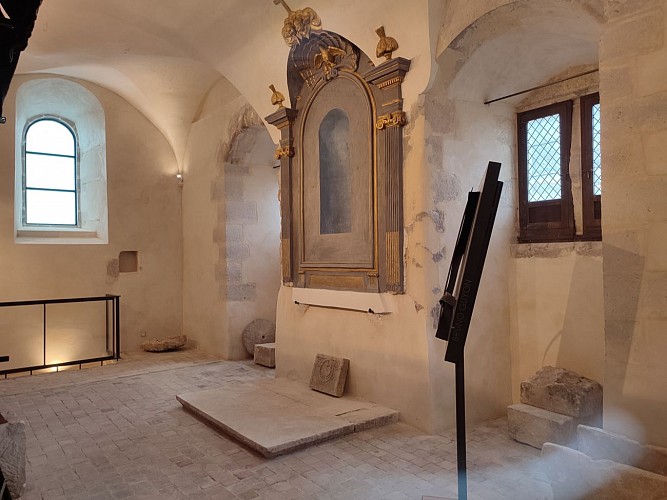 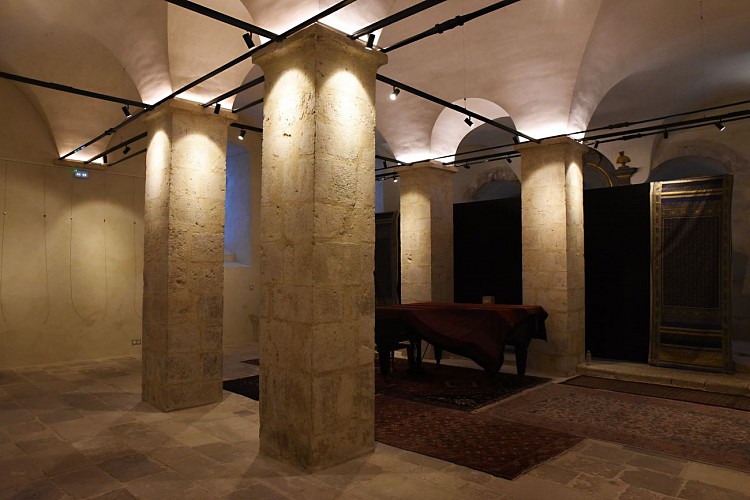 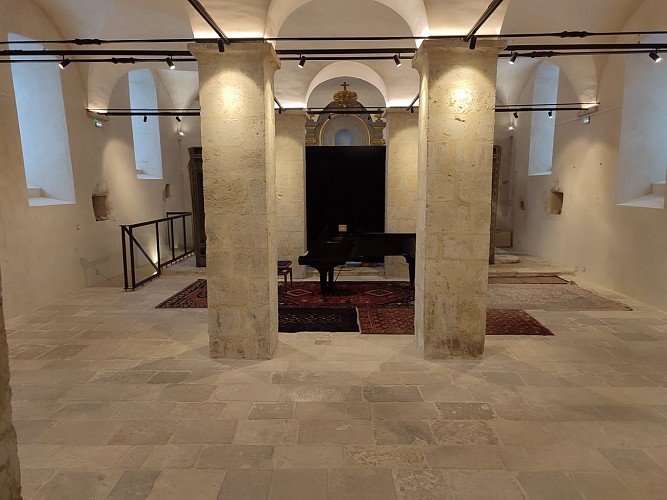 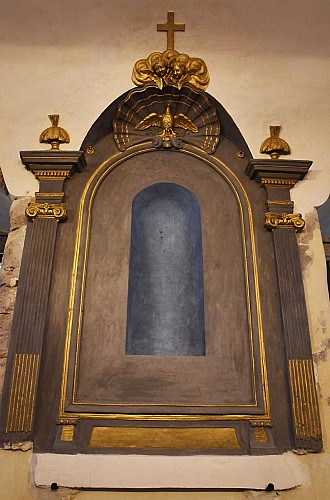 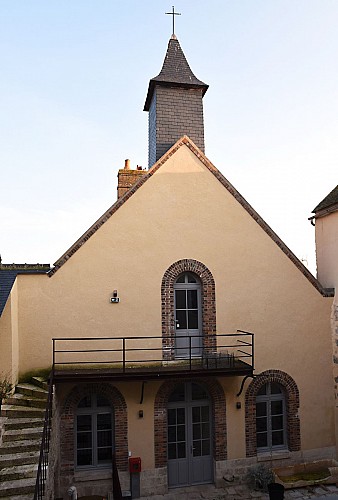 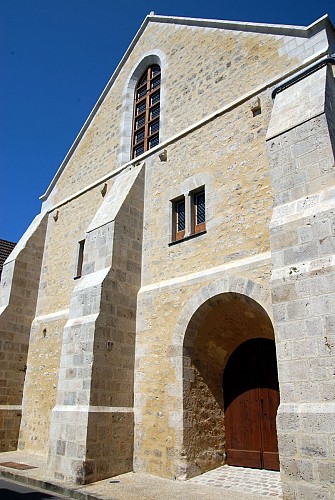 CHÂTEAU-LANDON'S HÔTEL-DIEU, a new place of culture!
After two years of work, the Hôtel Dieu opened its doors on the occasion of the Heritage Days, a completely renovated place dedicated to culture.
The superbly restored chapel in the background is already used as a venue for events such as classical music concerts, art exhibitions and conferences.
This large room, vaulted in a series of three cradles resting on their four square pillars, is very close to the Romanesque spirit found in the church of Tournus.
It exudes an atmosphere of harmony and great serenity.
The 17th century altarpiece also benefited from this restoration. It is the work of Pascal Picot, an art molder living in Château-Landon. It is decorated with a vast scallop shell dominated by two angels and a dove, the "Messenger of Peace", thus regaining their original colours.

ITS HISTORY
In 1178, Jean Vère, abbot of Saint-Séverin, ceded a piece of land on which Guillaume aux Blanches Mains, archbishop of Sens, had a hôtel-Dieu built and endowed. This building was built for the benefit of the poor and to welcome pilgrims who came to visit the relics of Saint-Séverin and Saint-Thugal, as well as those from the Rhineland countries who were travelling to Santiago de Compostela.
It is one of the few remaining Hôtels-Dieu in the Paris region, although it was partially destroyed in the 17th century. The repetition of the niches in the wall of the entrance courtyard reveals that the patients' room was originally larger.

In 1840, the Hôtel-Dieu de Château-Landon became a school for girls and then a stereotomy school.

In 1986, the Hôtel-Dieu was listed as a Historic Monument.