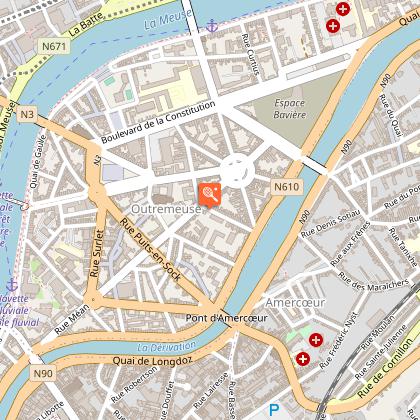 No. 5: the former home of Simenon’s mother, Henriette Brull. She lived here until 1968, in
particular with her second husband. This is where Georges came to visit her on his return
to Liège in 1952. It was also in this house that Henriette is said to have experienced a
difficult relationship and communications with her spouse (in a similar manner as with
her son) and whose atmosphere is said to have inspired the novel The Cat, played on
film by Jean Gabin and Simone Signoret in 1971.

No. 6: the building that housed the former Velden boiler-workers workshop. The Velden
family was one of the most deep-rooted in Outremeuse. Désiré Simenon regularly
played whist here on Friday evenings.

No. 29: the third home of the Simenon family in Outremeuse. This is where the young
journalist Georges Sim wrote his first novel. It was also his last home before his departure
for Paris.