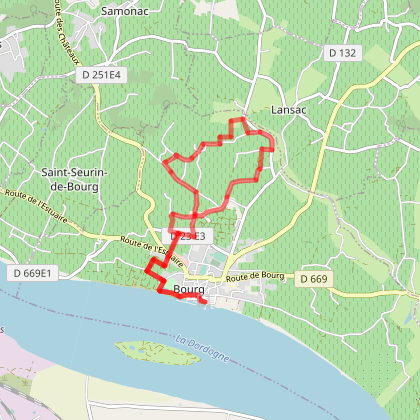 Departure at the Window of the Estuary at the port of Bourg.

Leaving the river in direction of the water spot. Pass close to the 1928 covered wash-house and follow the docks. At the sign "water spot" (Halte Nautique in french), turn right in the street "Maufras". At the end of the street turn left,cross the gate and walk along the swimming-pool. Take the path on the right to clim the little ramp. Turn left and follow the edge of the cliff. Above there are the citadel of Bourg, its museum and its underground guards room. Cross the park of l'Esconge along the water. Pass the gate, turn right and walk along the wall of the park.
At the end of the little path, turn left. Follow this way until the sign on the right to a path that climbs up. At the road, turn right on the path and walk straight ahead. Continue until the principal road.
Be safe while you are crossing the D669.

At the bottom of the descent, turn right and continue until the next intersection. At the Château La Libarde, turn left and continue on the small pave road that goes to the hamlet "La Libarde". At the end, at the signs, turn right and continue until the hamlet "Les Valades". Enjoy the point of view of the vineyards with the estuary on the back. Pass through it and at the end, continue straight ahead. Walk on the road "Le Caye".
In the hamlet, turn left between two houses to get down to a little stream. Cross the small bridge and ascend straight ahead. Pass through two mansions of "Genibon" to arrive on a road. Leave on the right to the D134. At the intersection, turn left. Stay on the left, close to the vines to walk safely. After a few hundred meters, at the intersection, turn left. continue on the paved road before turning right. Take the grass path to come back on the D134.

At the intersection of the five paths, go straight towards the nice medieval castel "La Grave". Built at the XVIth century, it was restored at the XVIIIth century in Louis XIII style preserved to this day. Continue up to the hill and get around it. Stay on this way until the next intersection. Turn left. Continue on this path until the Window onto the Estuary "La Grave". Enjoy this stop to discover the ground proverbs related to wine.
Continue straight ahead to the Château "Haut Libarde". At the crossroad, turn right and go down to the village "La Libarde". At the village, turn right to find the unusual crypt of "La Libarde". Continue straight ahead.

Down the descent, turn left on a path. Follow t to join the way you took to come. From here, go to the opposite direction that you previously took to return to the starting point.

The Harbor of Bourg

The Harbor of Bourg

At the Port of Bourg, plunge into the rich history of the village...Read more

This pretty Washhouse dates back to 1828. It is built with stone of...Read more 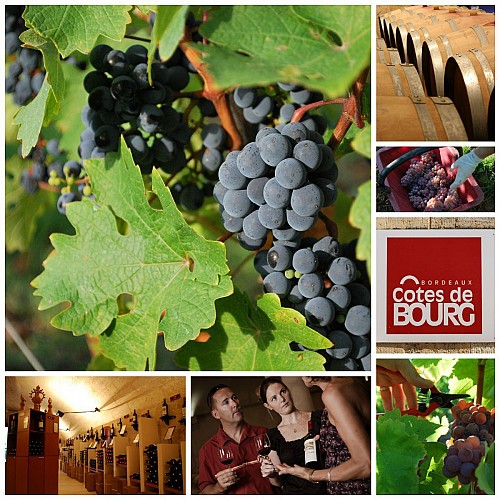 The vineyard of the Côtes de Bourg represents 3850 hectares...Read more 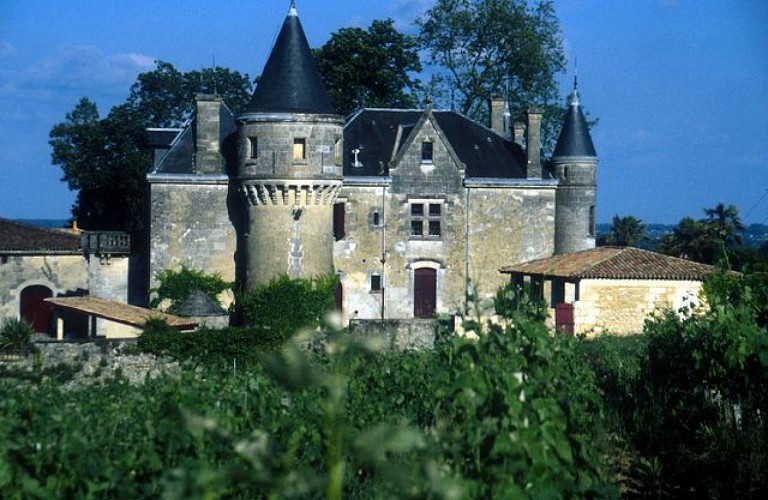 This castle was built on the XVIth century, it was restored on the...Read more

Windows onto the estuary of La Grave

Windows onto the estuary of La Grave

At "La Grave", take the time to read the quotes on the floor, sit...Read more

Built during the XIth century, the church of La Libarde was struck...Read more 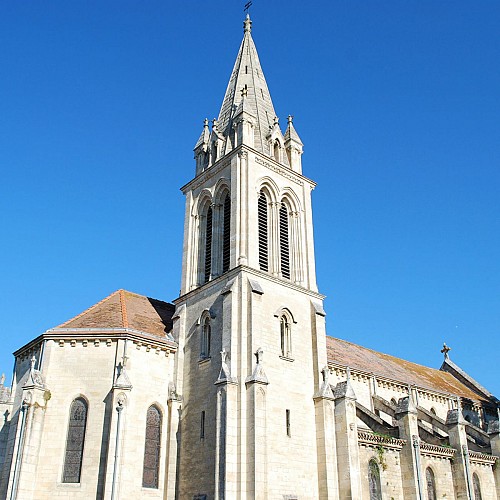 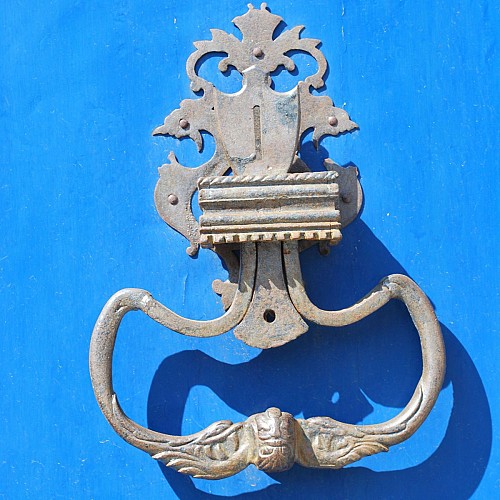 The Tourist Office of Bourg is labeled for "Tourism and handicap"...Read more 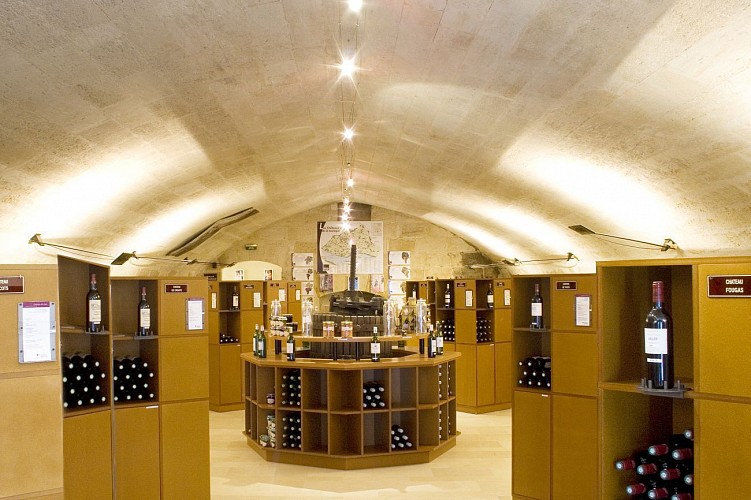