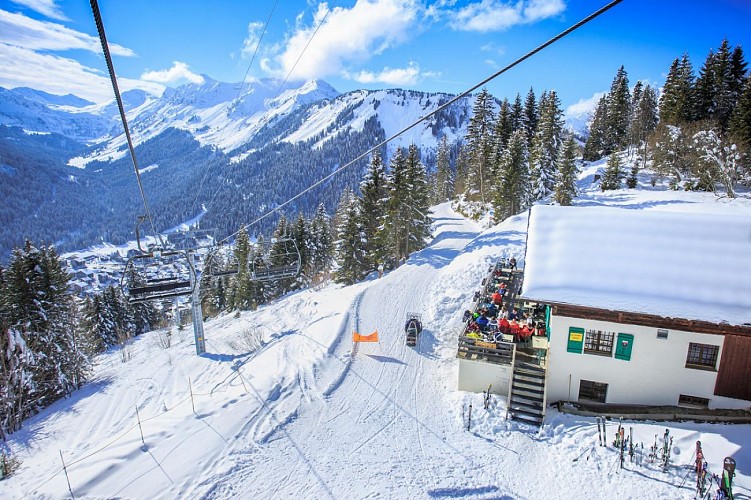 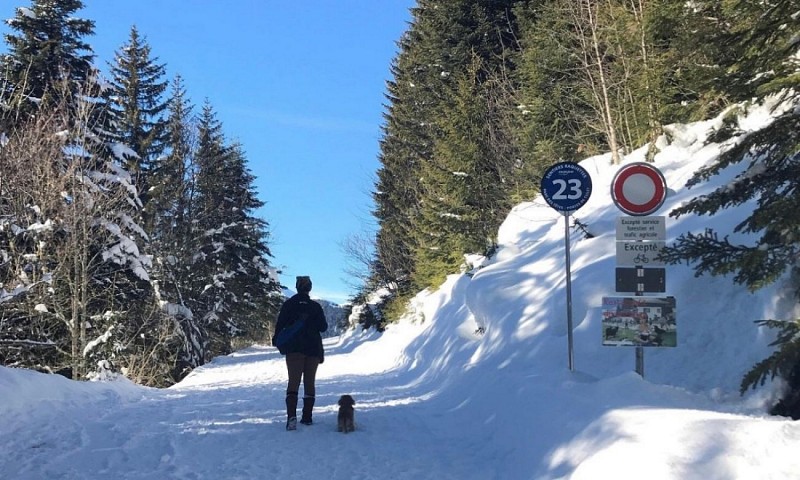 Starting near the church in the village centre, pass behind the Chez Jan hotel. Take the road to the right of the bakery to Sépaz (about 20 minutes). The snowshoe trail begins just below the antenna tower.

From here, continue towards the Portes de Culet pass until you come to the Ecottis ski lift. Beware of skiers, you will cross the ski slopes several times! At this point, return to Morgins following the yellow snowshoe signs marked Portes de Culet-Morgins.

The loop can be done in either direction.

Morgins' snowshoe trails are marked with round signs in different colours, named by section according to the start and end of the trail segment. The snowshoe trails do NOT show the same numbers used on the Winter Sports Map.

Warning:
This is not the Grand Tour du Corbeau which circles the Bec du Corbeau mountain, passing through Super Châtel via the Portes de Culet pass. This tour is currently closed (unmarked on the French side) and takes 6 hours! Nestled at an altitude of 1650m on the slope of the Corbeau chairlift,...Read more

PDF generated automatically
Author's personalized PDF
By going on your visit, you accept the use of cookies improving your navigation. Click here to know more. You can also refuse personalized ads.