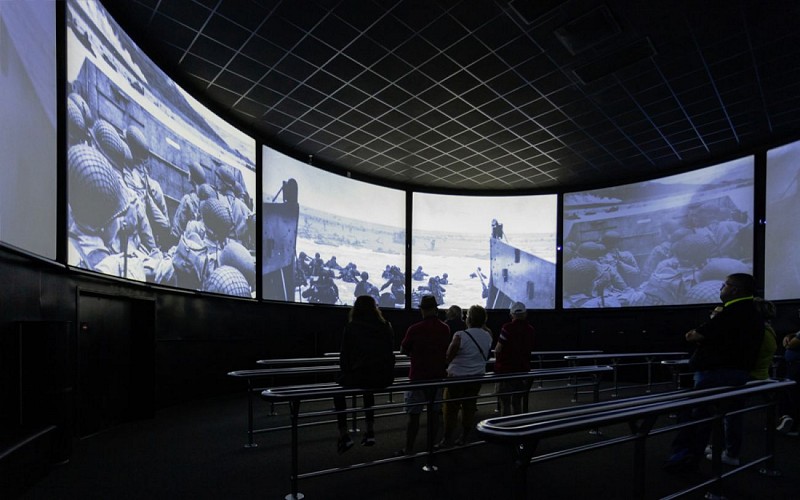 ‘The 100 days of Normandy’!
Unique in France! The circular cinema takes you on a journey to the very heart of the Battle of Normandy.
Projected via 9 screens, original archive footage from Canada, the United States, Great Britain and France retrace the 100 days of this terrible battle.

The film is a genuine homage to the combatants of all nationalities and the 20,000 civilians who lost their lived during the long-awaited battle to liberate Western Europe.
It is a genuine technical and artistic performance reuniting archive images, the most of which have never before been broadcast and compiled from Canadian, American, German, British and French collections.

Film screened every 30 minutes, on the hour and at the half hour.
Commentary overlooking the artificial harbour from the cinema’s terrace roof (30 minutes) during school holidays).