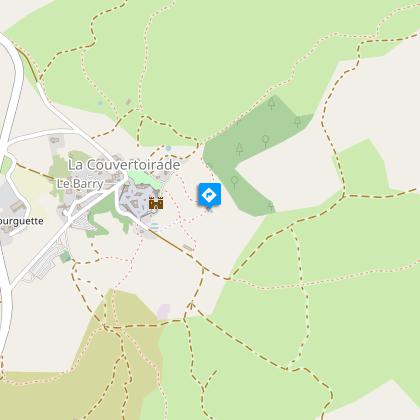 The first notes about windmills appear in England and France at the end of the 12th century. They were much developed in the early 13th century and stopped turning at the end of the 19th century without any exception. In La Couvertoirade, there were two windmills, one disappeared but was mentioned in the 17th century in a place called “the Cross of wind”, the other still dominates the city at Redounel. “Le Moulin de Redounel”: altitude: 808 m, outer diameter: 5.56 m, height 6.60 m, thickness of walls: 1.08 m. It is made up of one of the only remains of windmills in South Aveyron, among the 60 windmills known in Aveyron. The windmills were used to grind wheat (flour), to press nuts (oil) or crush apples (cider).Sources: PNRGC_DA